The Video page is still under construction 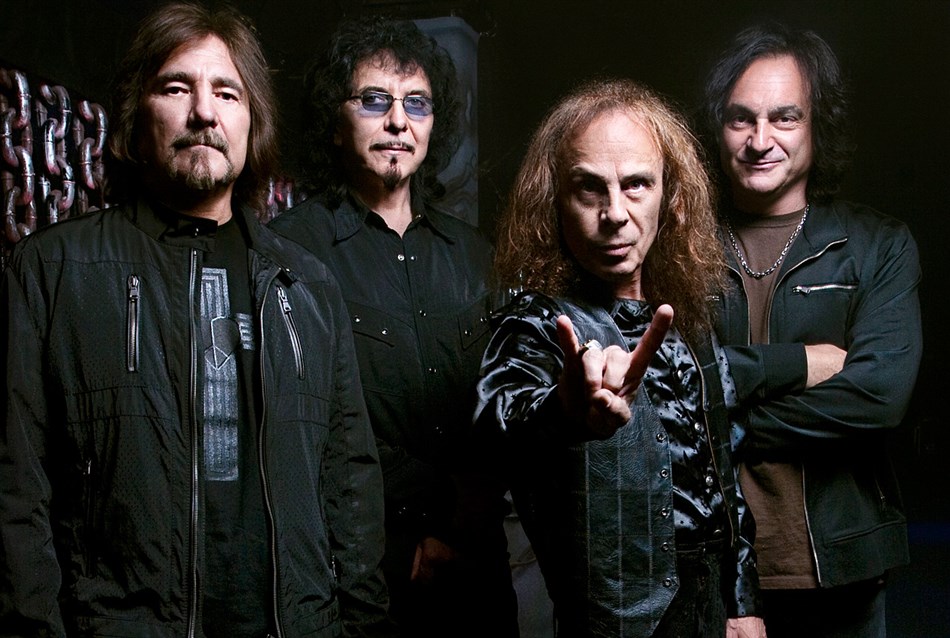 Heaven and Hell and the end of the band

In 2007, it was announced that Black Sabbath would reunite with Ronnie James Dio and will continue under the name Heaven & Hell.

The band released the CD The Devil You Know in 2009.

Heaven & Hell was active from 2006 to 2010. The band was a collaboration with Black Sabbath members, Tony Iommi, Geezer Butler along with former members Ronnie James Dio and Vinny Appice.

After they were reunited to record three new songs for the 2007 compilation album, Black Sabbath: The Dio Years , they started a 2007-2008 tour. Tony Iommi, owner of the Black Sabbath name, decided to call the touring band Heaven & Hell to differentiate the project from the Ozzy Osbourne-led Black Sabbath. The name comes from the first Dio-fronted Black Sabbath album, Heaven and Hell.

In an interview in October 2005 of the "Masters of Rock", broadcast on BBC Radio 2, Ronnie James Dio revealed his plans to work again with Black Sabbath guitarist Tony Iommi. He explained that there are two songs would be written for the "project" entitled Black Sabbath The Dio Years. Black Sabbath bassist Geezer Butler and drummer Bill Ward where initially named as the rhythm section at the completion of the project. 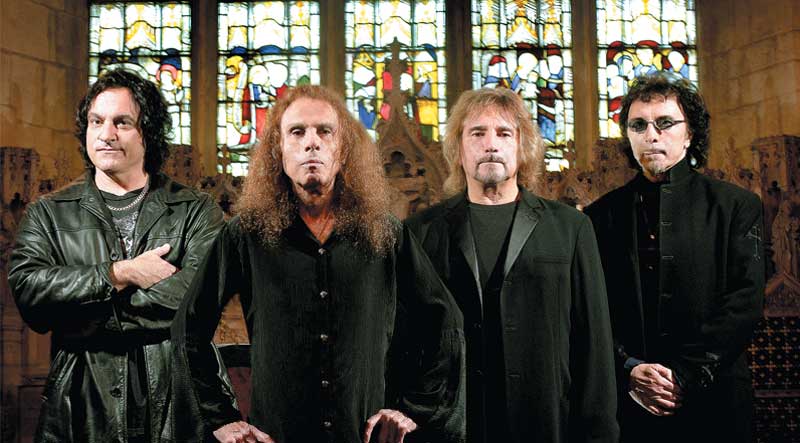 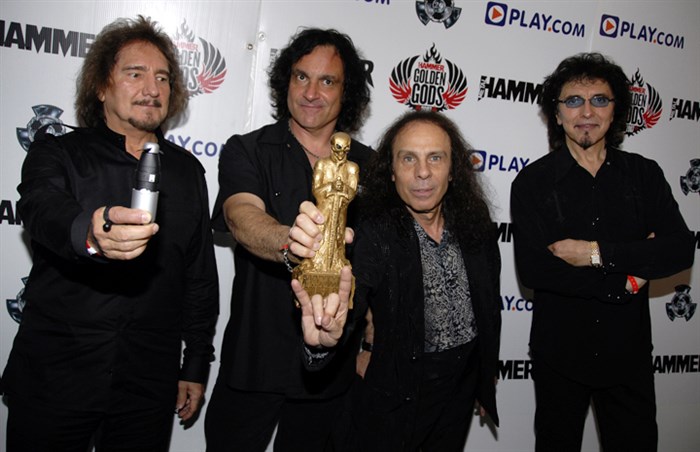 Initially, the members stated that their 2007 tour was a once and had expressed their intentions to go their own way at its conclusion. Ronnie James Dio had planned to return to his eponymous band, to record, "Magica II" and "Magica III", following the Magica album of 2000, while Vinny Appice would continue with his project, 3 Legged Dogg.

However, in an interview in March 2007, Ronnie James Dio and Tony Iommi stated that while they were both bound by contractual obligations in 2008, future collaboration was not excluded, and six months later, the band announced their decision to continue to cooperate and to release a new album. In August, they took part in the Metal Masters Tour next to Judas Priest, Motörhead and Testament.

On April 28, 2009, the band released the studio album The Devil You Know, with the single "Bible Black". The subsequent promotional tour, the Black Bible Tour, from May 5 to August 29 and featured the program for Coheed and Cambria.

Performances at the Sweden Rock Festival, the Hellfest festival in France, the Netherlands at Wâldrock Festival, Wacken Open Air in Germany and Sonisphere Festival in Knebworth, UK. Last show of the tour in Atlantic City, New Jersey, USA, would be his last public appearance.

In November 2009, Ronnie James Dio was diagnosed with stomach cancer. The forecasts were initially favorable, and the band (Heaven and Hell) was planning further activity after a brief period of rest for the singer. On November 18, 2009 the European tour of the band "Dio" was canceled due to his hospitalization. So he was touring with two different bands, his own band Dio and Heaven and Hell. He underwent the treatment against the disease. His wife and manager Wendy thanked everyone and said, "After he kills this dragon, Ronnie will be back on stage, where he belongs, doing what he likes doing, performing for his fans."

On February 19, 2010 was announced on the official website, ronniedamesdio.com that he would release a box set entitled the tournado Box Set, a limited edition. The set consists of Killing the Dragon CD, Evil or Divine DVD (PAL format), DVD bonusmateriaal, interviews, photo gallery, never before seen behind the scenes footage, promo video for Killing the dragon and the track "Push", Dio cards, and the bonus CD single "Electra " (which is the last song of the band), the unfinished albums, Magica II & III. 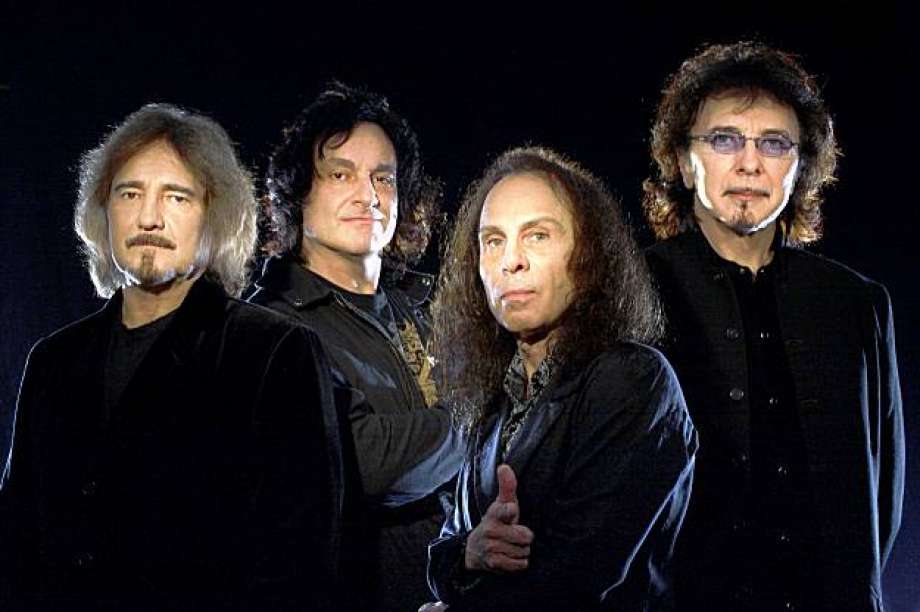 Heaven and Hell was going on tour in support of Iron Maiden in Europe in July and August, but the tour was canceled on May 4, due to the poor health of Ronnie James Dio. 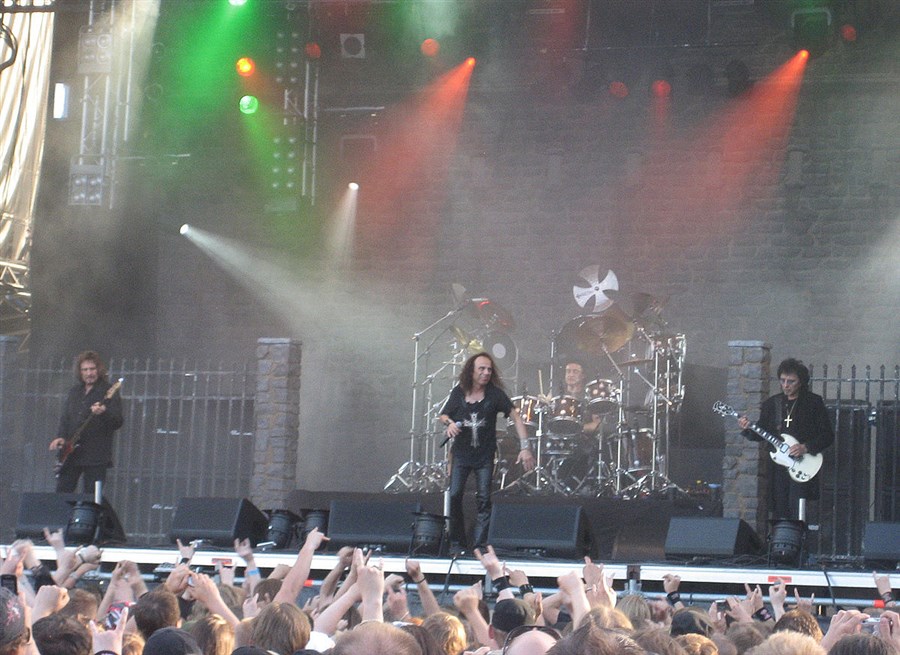 The Death of Ronnie James Dio

The three remaining members perform one last Heaven & Hell act as a tribute to Ronnie James Dio at the High Voltage Festival on July 24 2010 with two guest vocalists: former Black Sabbath and Deep Purple  singer Glenn Hughes and Norwegian vocalist Jørn Lande, from Masterplan and later the band Jorn. He and his band Jorn made a tritute CD in memory of Ronnie James Dio, entitled "Dio", with the single Song for Ronnie James (Video).

Former Pantera and Down singer Phil Anselmo also made a brief appearance in the song "Neon Knights". Proceeds from the event went to the Ronnie James Dio Stand Up and Shout Cancer Fund. The posthumous live album Neon Nights: 30 Years of Heaven & Hell  was released on November 16, registered in Germany at the Wacken Open Air festival on July 30, 2009.

In March 2011, after Heaven & Hell's dissolution, Vinny Appice joined Kill Devil Hill, along with former  Pantera and Down bassist Rex Brown. In November 2011, Tony Iommi and Geezer Butler reactivated Black Sabbath  with original singer Ozzy Osbourne, announcing plans for a world tour and new album with producer Rick Rubin in the following year. The resulting album 13 was released in June 2013.

On November 9, 2010 a posthumous live album was released. Titled Dio at Donington UK: Live 1983 & 1987 , it features Dio's 1983 and 1987 appearances at the Monsters of Rock festival and presents a number of tracks from the Ronnie James Dio era of both Rainbow and Black Sabbath, in addition to songs from Dio's own catalog.

At the interview by Classic Rock Magazine, Dio's guitarist Craig Goldy said: "We were working on tracks for a new Dio album just before Ronnie died in May, and we had almost one song finished. Wendy (Ronnie's widow/manager),then talked about the reissuing of the album Magica "(originally released in 2000) with bonus tracks, including this one." 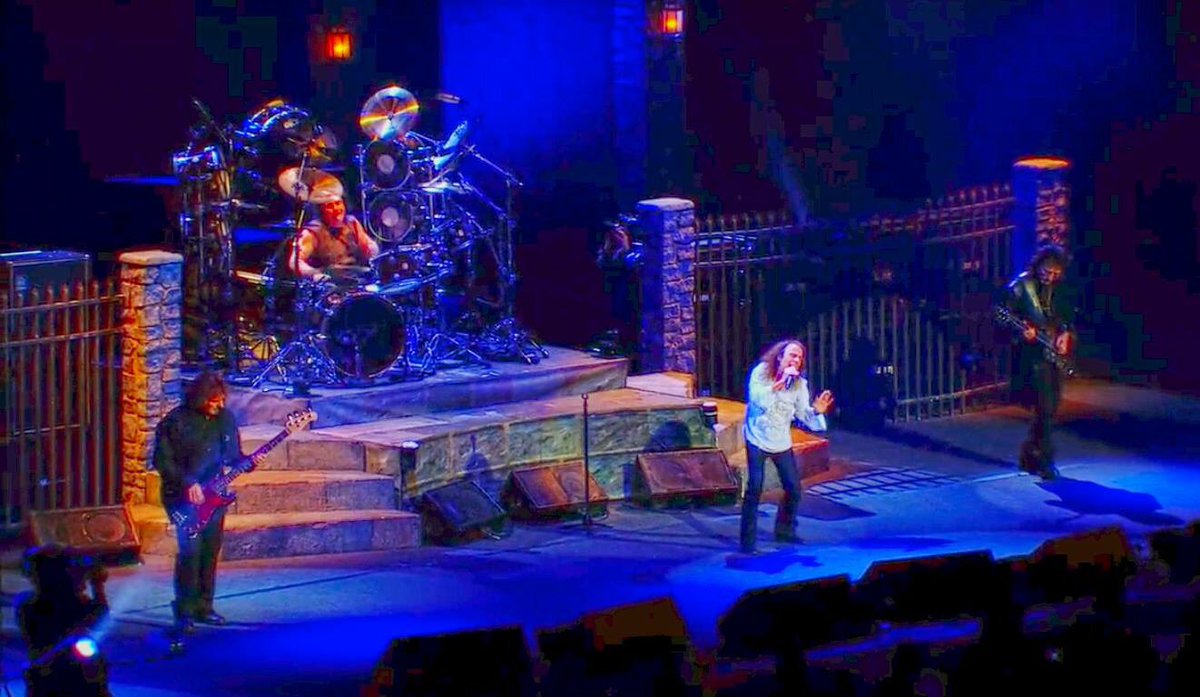 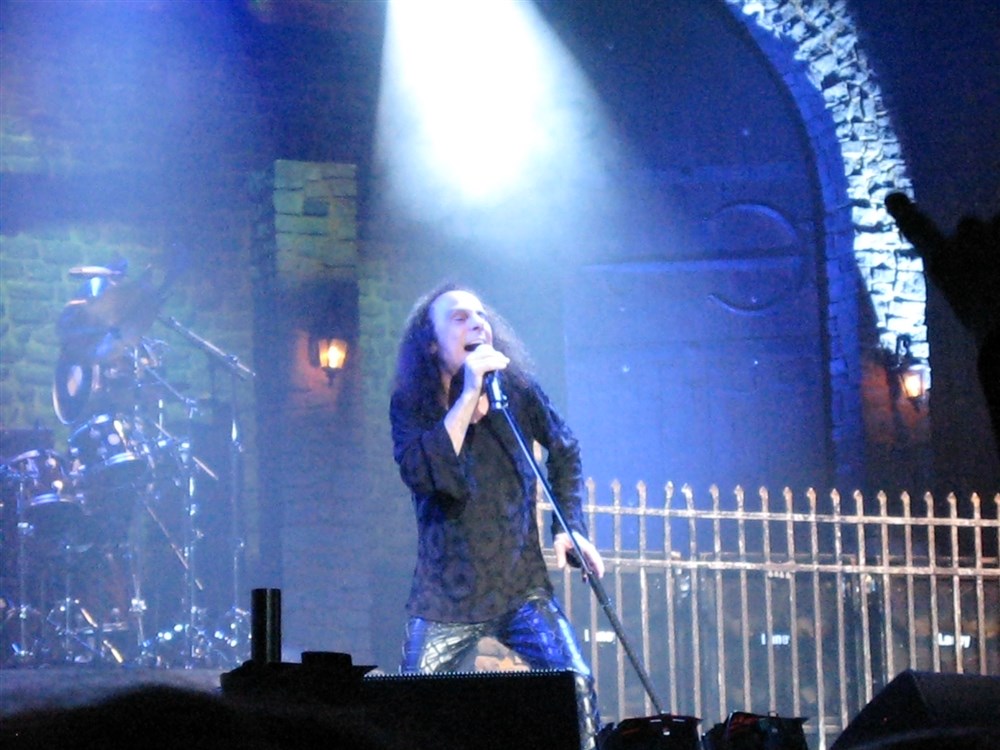 Craig Goldy goes on to say about the lyrics, they were written by Ronnie when they were engaged in the fight against cancer, and his "very emotional" and "difficult to listen in your throat without a lump."

On March 18, it was announced that the surviving members of the final line-up of Dio would embark on a project with former Judas Priest frontman Tim "Ripper" Owens  under the name "Dio Disciples". The project has been extensively touring since 2011.

In May 2012, former Dio guitarist Vivian Campbell, despite his long-standing feud with Ronnie James Dio, announced that it was his intention to reunite the original Dio band for a potential series of shows. This would include himself, drummer Vinny Appice, bassist Jimmy Bain and keyboardist Claude Schnell.

This lineup will be announced former Lynch Mob singer and The Offspring touring member Andrew Freeman  raids for Ronnie James Dio. and will be touring under the name, Last in Line. After the death of Jimmy Bain, he is replaced by Phil Soussan on bass. The band also has its own work. 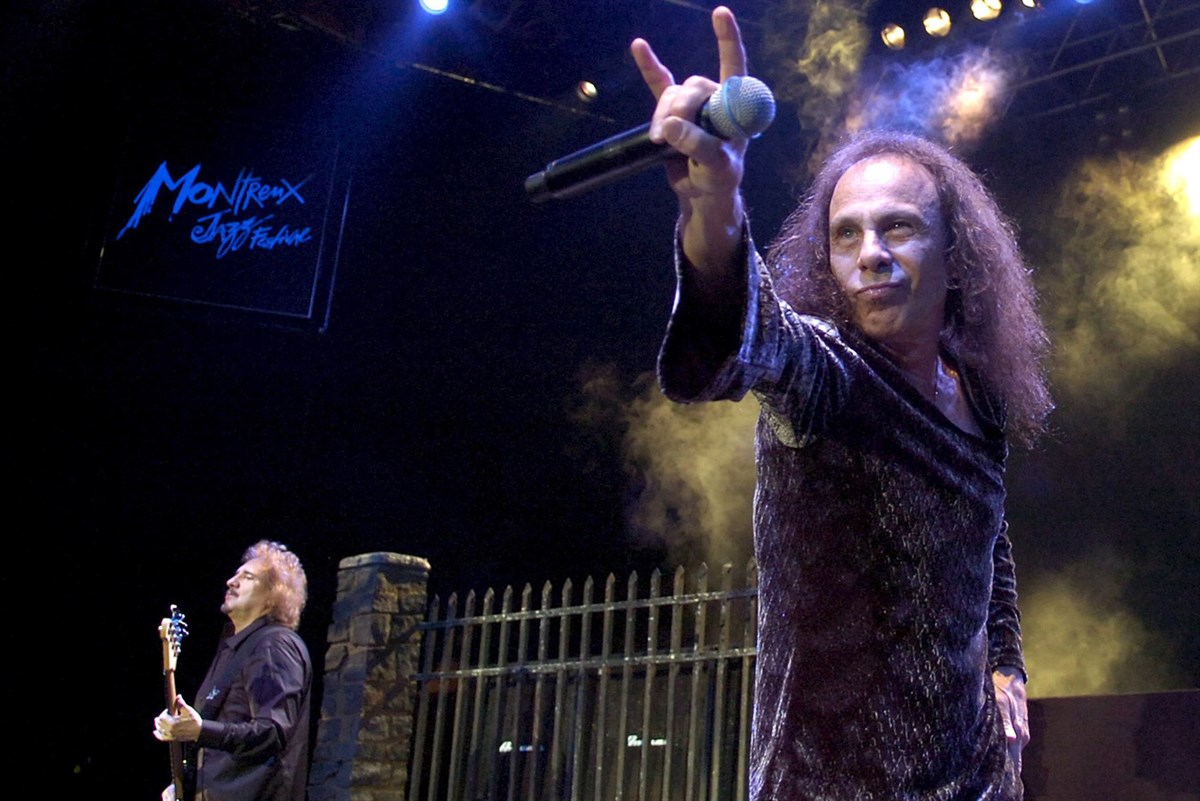 This complete story part 1 to 6 is my personal tribute to this little big man who was not only a great singer with a huge vocal range, but he was also a great person. -Jan