The story begins when Ozzy Osbourne steps down as the lead singer of Black Sabbath.

Don Arden was at this point still trying to convince Ozzy Osbourne to rejoin the band, as he viewed the original line-up as the most profitable.

Ronnie James Dio officially joined in June, and the band began writing their next album. With a notably different vocal style from Ozzy Osbourne's, Ronnie James Dio's addition to the band marked a change in Black Sabbath's sound.

"They were totally different altogether", Tony Iommi explains. "Not only voice-wise, but attitude-wise. Ozzy was a great showman, but when Dio came in, it was a different attitude, a different voice and a different musical approach, as far as vocals. Dio would sing across the riff, whereas Ozzy would follow the riff, like in "Iron Man". Ronnie came in and gave us another angle on writing." 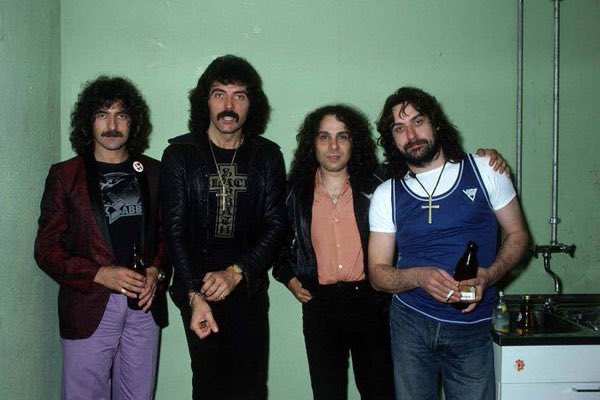 Geezer Butler temporarily left the band in September 1979 for personal reasons. According to Ronnie James Dio, the band initially hired Craig Gruber (with whom Ronnie had previously played in Elf) on bass to assist with writing the new album. Graig Gruber was soon replaced by Geoff Nicholls of Quartz. The new line-up returned to Criteria Studios in November to begin recording work, with Geezer Butler returning to the band in January 1980, and Geoff Nicholls moving to keyboards. Produced by Martin Birch, Heaven and Hell was released on 25 April 1980, to critical acclaim.

Over a decade after its release Allmusic said the album was "one of Sabbath's finest records, the band sounds reborn and re-energised throughout". Heaven and Hell peaked at number 9 in the UK, and number 28 in the US, the band's highest charting album since Sabotage. The album eventually sold a million copies in the US, and the band embarked on an extensive world tour, making their first live appearance with Ronnie James Dio in Germany on 17 April 1980.

Black Sabbath toured the US throughout 1980 with Blue Öyster Cult on the "Black and Blue" tour, with a show at Nassau Coliseum in Uniondale, New York  filmed and released theatrically in 1981 as Black and Blue. On July 26, 1980, the band played to 75,000 fans at a sold-out Los Angeles Memorial Coliseum  with Journey, Cheap Trick, and Molly Hatchet. The next day, the band appeared at the 1980 Day on the Green at Oakland Coliseum. While on tour, Black Sabbath's former label in England issued a live album culled from a seven-year-old performance, titled Live at Last without any input from the band. The album reached number five on the British charts, and saw the re-release of "Paranoid" as a single, which reached the top 20.

On August 18, 1980, after a show in Minneapolis, Bill Ward quit the band. "It was intolerable for me to get on the stage without Ozzy. And I drank 24 hours a day, my alcoholism accelerated". Geezer Butler stated that after the show, Bill Ward came in drunk, talking about the things where "He might as well be a Martian". Bill Ward then got angry, and decided to pack his things, and get on a bus to leave. The group then brought in drummer Vinny Appice to replace Bill Ward. 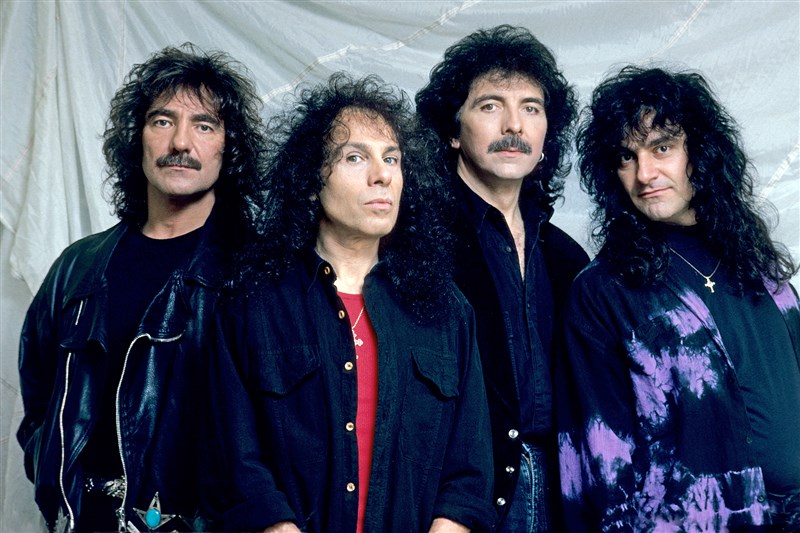 The band completed the Heaven and Hell world tour in February 1981, and returned to the studio to begin work on their next album. Black Sabbath's second studio album produced by Martin Birch, (died on august 9, 2020) and featuring Ronnie James Dio as vocalist.

Mob Rules was released in October 1981, to be well received by fans, but less so by the critics. Rolling Stone reviewer J. D. Considine gave the album one star, claiming "Mob Rules finds the band as dull-witted and flatulent as ever".

Like most of the band's earlier work, time helped to improve the opinions of the music press, a decade after its release, Allmusic's Eduardo Rivadavia called Mob Rules "a magnificent record".

The album was certified gold, and reached the top 20 on the UK charts. The album's title track "The Mob Rules", which was recorded at John Lennon's old house in England, also featured in the 1981 animated film Heavy Metal, although the film version is an alternate take, and differs from the album version.

Unhappy with the quality of 1980's Live at Last, the band recorded another live album, titled Live Evil, during the Mob Rules world tour, across the United States in Dallas, San Antonio, and Seattle, in 1982. During the mixing process for the album, Tony Iommi and Geezer Butler had a falling out with Ronnie James Dio.

Misinformed by their then-current mixing engineer, Tony Iommi and Geezer Butler accused Ronnie James Dio of sneaking into the studio at night to raise the volume of his vocals. In addition, Ronnie was not satisfied with the pictures of him in the artwork. Geezer Butler also accused Ronnie James Dio and Vinny Appice of working on a solo album during the album's mixing without telling the other members of Black Sabbath.

"Ronnie wanted more say in things," Tony Iommi said. "And Geezer would get upset with him and that is where the rot set in. Live Evil is when it all fell apart. Ronnie wanted to do more of his own thing, and the engineer we were using at the time in the studio didn't know what to do, because Ronnie was telling him one thing and we were telling him another. At the end of the day, we just said, 'That's it, the band is over'".

"When it comes time for the vocals, nobody tells me what to do. Nobody! Because they're not as good as me, so I do what I want to do," Ronnie James Dio later said. "I refuse to listen to Live Evil, because there are too many problems. If you look at the credits, the vocals and drums are listed off to the side. Open up the album and see how many pictures there are of Tony, and how many there are of me and Vinny".

Ronnie James Dio left Black Sabbath in November 1982 to start his own band, and took drummer Vinny Appice with him. Live Evil was released in January 1983, but was overshadowed by Ozzy Osbourne's platinum selling album Speak of the Devil. 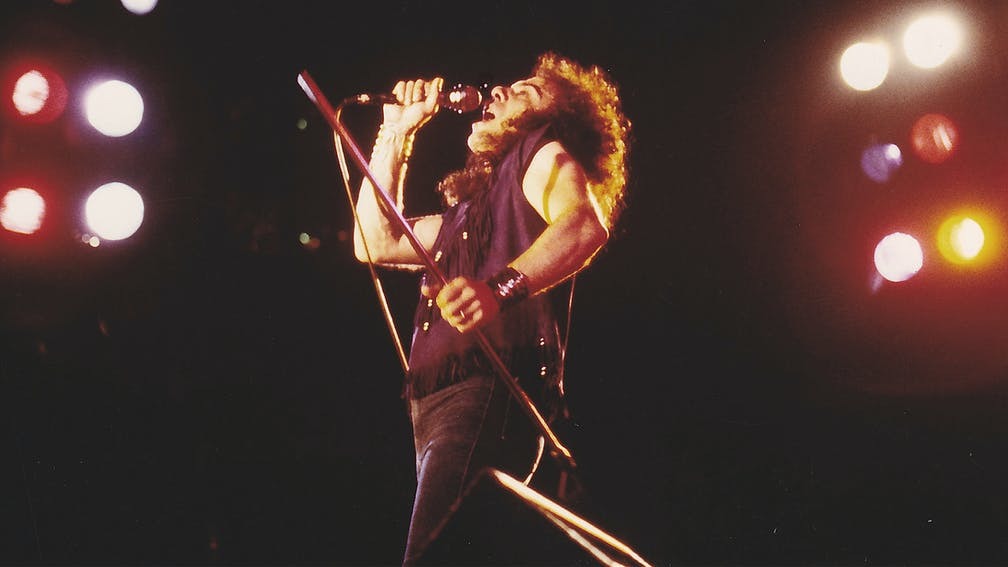 "I do regret that in a lot of ways", Tony Iommi said. "We were at a good point then. We decided to reunite with Ronnie James Dio and I don't even know why, really. There's the financial aspect, but that wasn't it. I seemed to think maybe we could recapture something we had".

Ronnie James Dio and Geezer Butler joined Tony Iommi and Cozy Powell in autumn of 1990 to begin working on the next Black Sabbath release. While rehearsing in November, Cozy Powell suffered a broken hip when his horse died, falling on the drummer's legs. Unable to complete work on the album, Cozy Powell was replaced by former drummer Vinny Appice, reuniting the Mob Rules era line-up, and the band entered the studio with producer Reinhold Mack.

The year-long recording process was plagued with problems, primarily stemming from writing tension between Tony Iommi and Ronnie James Dio. Some songs were re-written multiple times. "Dehumanizer took a long time, it was just hard work", Iommi said. "We took too long on it, that album cost us a million dollars, which is bloody ridiculous". Ronnie James Dio later recalled the album as difficult, but worth the effort. "It was something we had to really wring out of ourselves, but I think that's why it works", he said. "Sometimes you need that kind of tension, or else you end up making the Christmas album". 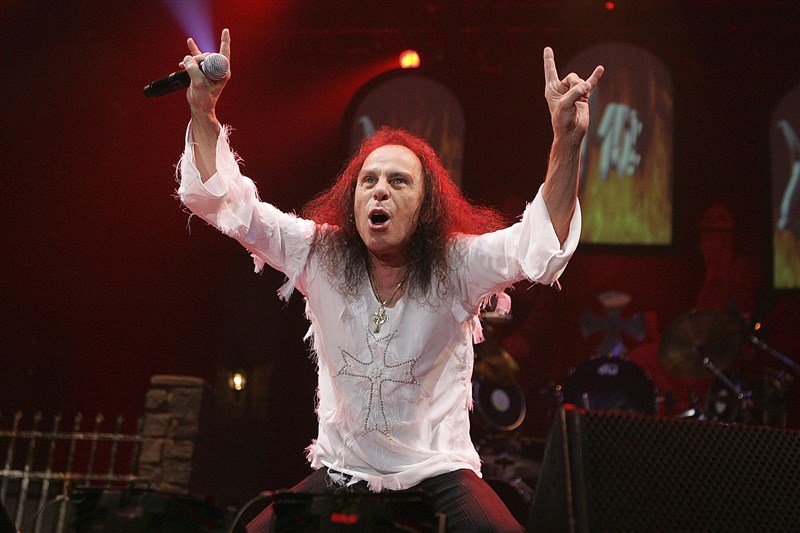 The resulting album, Dehumanizer was released on June 22, 1992. In the US, the album was released on June 30, 1992 by Reprise Records, as Ronnie James Dio and his namesake band were still under contract with the label at the time. While the album received mixed reviews, it was the band's biggest commercial success in a decade. Anchored by the top 40 rock radio single "TV Crimes", the album peaked at number 44 on the Billboard 200. The album also featured the song "Time Machine", a version of which had been recorded for the 1992 film Wayne's World.

Additionally, the perception by many fans of a return of some semblance of the "real" Black Sabbath provided the band with some much needed momentum. Black Sabbath began touring in support of Dehumanizer in July 1992 with Testament, Danzig, Prong, and Exodus. While on tour, former vocalist Ozzy Osbourne announced his first retirement, and invited Black Sabbath to open for his solo band at the final two shows of his No More Tours tour in Costa Mesa, California. The band agreed, aside from vocalist Ronnie James Dio, who told Tony Iommi in no uncertain terms "I'm not doing that. I'm not supporting a clown." Ronnie James Dio spoke of the situation in an interview years later:

I was told in the middle of the tour that we would be opening for Ozzy in Los Angeles. And I said, "No. Sorry, I have more pride than that." A lot of bad things were being said from camp to camp, and it created this horrible schism. So by the band agreeing to play the shows in L.A. with Ozzy, that, to me, spelled out reunion. And that obviously meant the doom of that particular project.

Ronnie James Dio quit Black Sabbath following a show in Oakland, California on November 13, 1992, one night before the band were set to appear at Ozzy Osbourne's retirement show. Judas Priest vocalist Rob Halford stepped in at the last minute, performing two nights with the band. 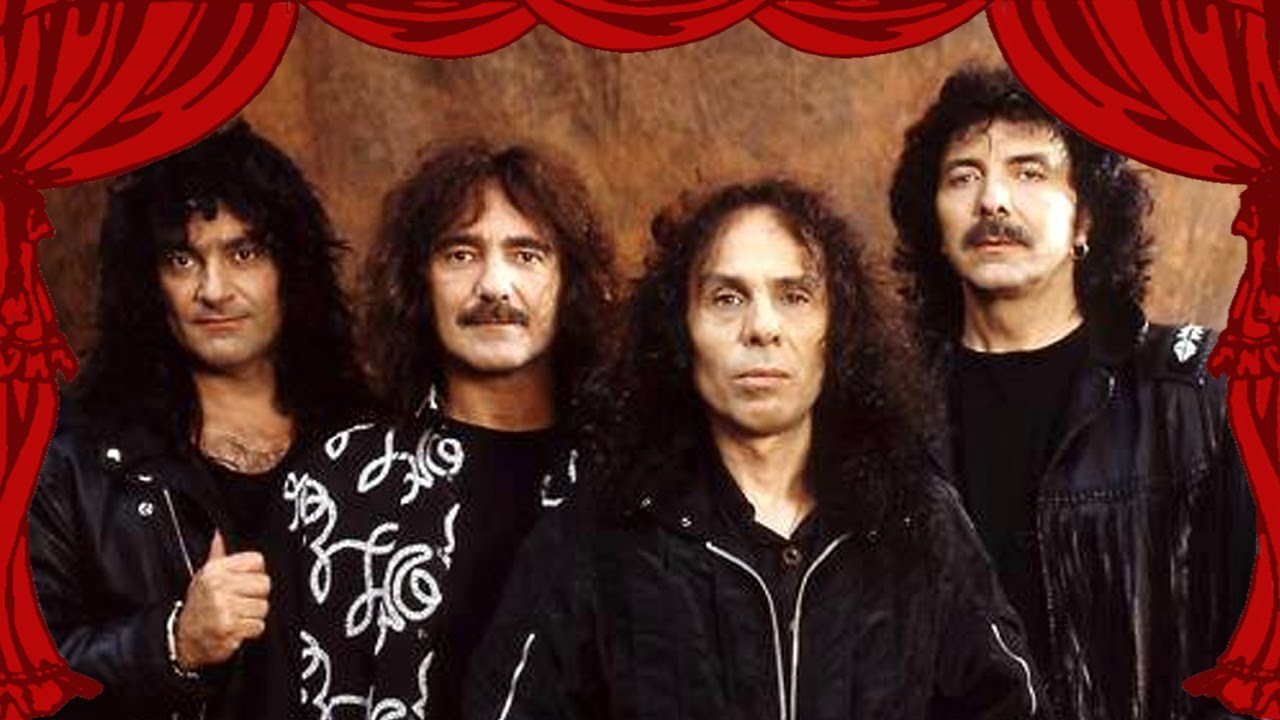